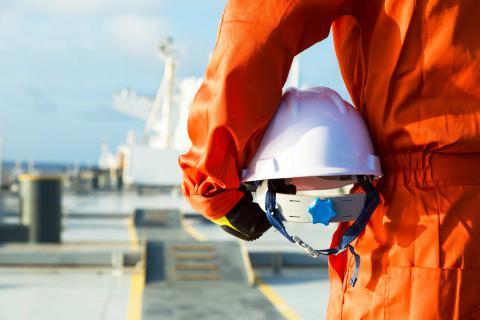 The Mission to Seafarers, Lagos (MTSL), a humanitarian and non-governmental organisation, has urged maritime stakeholders to prioritise seafarers’ welfare as a means of developing manpower and capacity of seafarers.

Adebayo Sarumi, chairman, MTSL, at a media briefing to announce the mission’s upcoming webinar in Lagos, emphasised the need to prioritise the welfare of seafarers.

The MTSL, being one of over 260 Missions to Seafarers centres operational across the world, is dedicated to caring for seafarers. Its forthcoming virtual seafarer seminar, tagged ‘Seafarer Welfare: Are We Missing the Boat?’, is scheduled to hold on Thursday, July 9.

Apart from bringing to the public activities of the MTSL, which is a welfare-focused organisation, the virtual seminar will also bridge the gap among industry players and intimate stakeholders with the seafarers’ community in Lagos and world over.

“It is our hope and intention that we can form a sustained and substantive collaboration with the industry and the public, even as we strive to reshape seafarers’ welfare in the country,” Sarumi said.

According to Sarumi, seafarers’ welfare is a hydro-headed challenge that has institutional, political, cultural and social indicators on the larger society.

Sarumi, who noted that over 3,000 ships call Nigerian ports annually, said that over 80 percent of the ships that berth on Lagos waters are foreign flagged.

“The delivery of these goods by sea is often taken for granted because of the consistent flow of trade. A pointer to this is, the fact that even during this precarious COVID-19 period, maritime trade remained an essential service,” said Sarumi, adding that seafarers are also essential workers whose welfare should be prioritised.

He called for collaboration with maritime stakeholders in developing standardised MTS facility in Apapa, which is in line with the mission’s strategy of upscaling the centre to an acceptable standard.

Abimbola Aduroja, the MTSL chaplain, said the mission has identified some of the needs of the seafarers as it relates to welfare, hence the need to refocus the centre.

The facilities being developed at the centre include recreational area such as a lounge, swimming pool, media centre, gym, library and quiet rooms for meditation, among others.

Aduroja said the forthcoming webinar would address the issue of employment and employability of seafarers in Nigeria.

“It is our hope that both the public and industry stakeholders would join us in this regard,” Aderoja said.