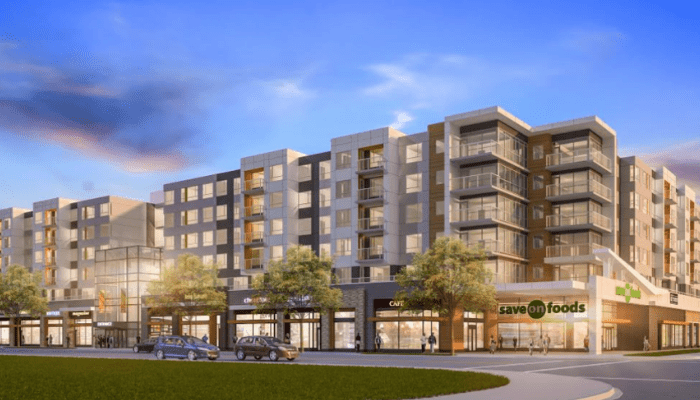 Four years after delivering the Maryland Mall into Nigerian retail market, Purple, one of the leading developers of retail outlets, has commenced work on a mixed-use facility that offers opportunities for retail, residence as well as hotel and lifestyle living.

Purple was one of the pioneers of neighbourhood malls in the country through their 6,730 square metre Maryland Mall, now known as Purple Maryland, before it developed the 7,000 square metres Ikoyi Plaza, which was followed by the 6,500 square metres Landmark Retail Boulevard among others.

The new development, known as Purplelekki and sits on a land space of 10,000 square metres, is strategically located on Freedom Way, Lekki Phase 1, between the emerging Orange and Periwinkle Islands, off Lekki Epe Expressway.

Upon completion, Purplelekki will be a mixture of retail groceries and departmental stores, essentials and non-essentials, co-working space, private offices as well as the play areas such as entertainment and cinema.

The outlet, which the developer aims to deliver between fourth quarter of 2021 and first quarter of 2022, is funded using a mixture of equity and sales from some domestic financial institutions.

“With all the experiences gathered from Purple Maryland, we are bringing that to upper middle class market in Lekki Phase 1 using the development of Purplelekki,” said Laide Agboola, chief executive officer of Purple, while speaking with newsmen at the site commencement visit recently.

The location, according to him, is ideal because it captures the heavy residential and commercial traffic of Lekki Phase 1 as well as the highly residential Ikate and other neighborhoods on that axis.

Purplelekki, he said, was going to be on seven to eight floors. That is, the ground plus seven floors, and the upper floor, will house the serviced apartments including the hotel apartments, which cut through residential as well as hotel and lifestyle living.

“We developed the serviced apartments into a brand called the Nano-byPurple, which are essentially serviced similar to what can be found anywhere in the world and we are selling up some and retaining some.

“We expect the buyers to keep them at standards that we will set for maintenance and operation in order to ensure they become the properties that serve the need of the upper middle market,” Agboola explained.

According to him, Purple is not worried about occupancy level as it is already recording 65 percent lease of the retail space while the housing units, that are for sell, has only 20 percent left.

“We have the Market Square, Genesis Cinema, Harmony, Casper all signed up. We have an existing relationship with Workstation and there are discussions ongoing with the Choice and Eye Contact. We can see interest from essentials and we expect the co-working space to be taken by the tech companies, SMES and other growing businesses. We also expect to sell more of the studio apartments,” he said.

He, however, disclosed that the company was discussing with some mortgage banks and some have expressed interest in partnering with them to help intending subscribers to ride on the opportunities provided by mortgage to buy into the Nano apartments, which sell from N35 million upwards.

“We are leveraging on the success of our flagship project, Maryland Mall, to grow our footprints in retail, entertainment and lifestyle by delivering similar assets within the next few years. It’s a larger development and our success with Maryland Mall gives us the confidence to go for more,” he added.

He said the success of Maryland Mall showcases the fact that domestic investment fuelled by the indefatigable spirit of Nigerian entrepreneurs is essential to driving national economic growth.