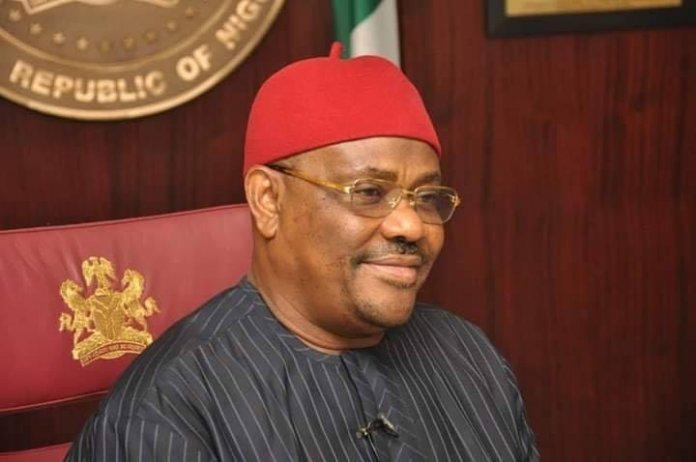 The Rivers State government says by selling off about 12 agric projects it inherited, the administration has kick-started an agric revolution.

The Commissioner for Information and Communications, Paulinus Msirim, said in a statement in Port Harcourt, recently that Governor Nyesom Wike’s prowess in project execution extends to agriculture.

The only agric project that was not on the list for sale is the DATCO Cassava Processing Plant in Afam which is said to be almost ready for commissioning. The government did not disclose how the revolution may proceed after the successful sale of the listed projects.

Giving hint, however, the commissioner said: “What many do not realise is that Governor Wike is also applying the same strategic astuteness and administrative acumen, which has defined his infrastructural and other sectoral accomplishments for the benefit and betterment of Rivers people in the last five years, to the Agricultural sector as well.

“At the inception of his second tenure on May 29, 2019, Governor Wike made it clear in his inauguration address to Rivers people that, apart from oil and gas, Rivers State also has a vast agricultural potential, which has remained largely untapped for decades and it was about time the green revolution was embraced as a strategic measure for achieving economic diversification, job creation and food security for the State and for Rivers people.

“In addition to the other operational initiatives and incentives which the government intended to put in place to boost the sector and encourage investment in commercial agriculture and allied businesses, Governor Wike also made a firm commitment that his administration would complete the multi-million-naira cassava processing plant and concession all idle state farmlands to private sector investors for commercial cultivation.

“Being a leader who keeps his promises, Governor Wike, on Thursday, May 28, 2020, the very last day of the first year in his second term, took a firm and bold step towards fulfilling the Agric agenda, when he toured the Rivers State Cassava Processing Company located at Afam, Oyigbo Local Government Area, where completion work had been going on quietly, to inspect the structure and facilities. Satisfied with what he saw, the Governor assured Rivers people that the plant will soon come on stream.”

He went on: “The Rivers Governor also confirmed that the State Government has 70 percent equity share in the project which is in partnership with Shell Petroleum Development Company (SPDC) of Nigeria and the company when fully operational would employ 4,500 persons and also boost agriculture in the state.

“We are quite happy that this project which was initiated by the previous administration in 2012 and abandoned, has come to the stage of completion.  When we came on board and saw the usefulness of this project to our economy, we did not hesitate to release funds to complete it.

“Let me commend the management of this plant for fast-tracking the completion and the novel initiative that will use mobile machines to collect cassava from the farmers at their various clusters. This, will no doubt, reduce the challenge of logistics and increase farmer participation,” the governor stated.

“Governor Wike then assured that the project which was about 90 percent complete at the time of the visit would have been commissioned in June 2020 if not for the COVID-19 pandemic which has negatively impacted global economy. The implication of course, is that the Rivers State Cassava Processing Company, Afam, is already set for full operations and would produce about 45 thousand metric tons of cassava flour daily, while about 12 thousand metric tons of cassava tubers would be needed for collection by its mobile plants from farmers around the state for processing.

“It would be recalled that Governor Nyesom Wike, in his address to mark the first anniversary of his second term in office, assured that: “In line with our promise to refocus on agricultural development, we are at the verge of completing the Datco cassava processing plant, with guaranteed off-taker opportunities for over 3000 local cassava farmers, and inspiring capacity to stimulate the cassava revolution in the State and related industries and create thousands of direct and indirect jobs for our people”.

“The cassava processing plant when in full operations therefore, would also increase income for small holder farmers by providing an enabling environment for them to sell their cassava tubers and with the already favourable prospect of the over 4, 000 jobs it promises, the coast is now clear for creating all round employment for youths and farmers and subsistence sufficiency for all the staples and products derived from cassava in Rivers State.

“The Rivers State Executive Council also approved the renaming of the part State owned cassava industry at Afam to the “Rivers Cassava Processing Company Limited”. The change became necessary because one of its partners, Datco, which hitherto owned 28percent equity holding, changed the name it used in 2011 on the contractual agreement, which made it cease to be a recognised entity.”

The commissioner stated that on June 4, 2020, in fulfillment of the pledge the governor made at the beginning of his second term, the Rivers State Executive Council approved the concessioning of existing agricultural facilities in the state to investors who are interested in bringing their expertise to bear in harnessing the potentials in the sector. Governor Wike disclosed that the decision of the council is predicated on the fact that the state is being driven to become the agricultural hub in the south-south region.

Shedding more light on the decision of the State Executive Council, the Rivers State Commissioner for Agriculture, Fred Kpakol, said that the available farms would be advertised and publications made in newspapers, to invite potential investors in the Agric sector, adding that the investors would be expected to indicate interest in any of the agricultural facilities existing in the state, which include fish farms and multi-crop school-to- land farms in the 23 local government areas of the state. The ultimate mandate of the investors who want to key into the agricultural programme of the government would be to achieve food security and generate employment for Rivers people.

The information boss took a swipe at the opposition, saying: “One would not be surprised to discover that the first impression which the list of Rivers State-owned farms and Agricultural facilities to be concessioned must have created, especially in the camp of the opposition in the state, was arguably a sense of misplaced euphoria and the assuaging of their petty nostalgic hangover, having already shouted themselves hoarse in the last five years, with allegations and misleading narrative that the Governor Wike administration had willfully refused to reactivate the operations of some of these farms, which were set up by the last administration,  because of political reasons.

“But nothing could be farther from the truth, as Governor Wike had constantly and at every appropriate occasion, acknowledged the projects commenced by the previous administration and those also abandoned which necessarily needed to be completed in the interest of Rivers people and for the betterment of Rivers State, especially in the area of Agriculture.

“To be sure, Governor Wike has displayed great leadership maturity and political magnanimity when it concerns Rivers interest and this was evidenced on two ground breaking occasions; first in 2017, when he rolled out the drums for Vice President Yemi Osinbajo and joined him in Commissioning the Indorama Fertilizer Plant in Eleme and secondly in 2018 when he welcomed with open arms, the then Senate President, Bukola Saraki, a stalwart of the APC, who had come to lay the foundation for the construction of the Fertiliser Train 2 of Indorama Eleme Fertiliser and Chemicals Limited.

“Indeed, that visit had been prophetic as Senate President Saraki had openly endorsed the Rivers State Governor, Nyesom Ezenwo Wike, for a second term when he declared that Wike will be in office in 2021, when the Train 2 of the Fertiliser Plant would be commissioned. This endorsement certainly had not gone down well with those who have quite unfortunately decided to appropriate projects meant for the good of Rivers people to themselves, to massage their battered egos and define their fading epoch, but Governor Wike has quite admirably refused to join issues with them, beyond setting the records straight.”

Msirim pointed at what he called fundamental constraints which Wike administration has had to contend with and which those shouting at the rooftops for him to reactivate the projects will not tell you. He said it would have been foolhardy to continue with some of these projects when they are not viable.

He said, however, there’s no doubt whatsoever that with the decision of the Rivers State Executive Council to concession the state-owned farms and Agric facilities, Wike is not only fulfilling his pledge to make Agriculture the developmental plank on which his second term would ultimately be anchored, he has also hit the ground running in the implementation of this exciting Agricultural revolution, with the revamping of the Rivers Cassava Processing Company Limited which will no doubt now serve as a catalyst towards attracting quality investors to key into the reactivation agenda of the other listed farms.

He declared: “The employment potentials which these projects hold for Rivers youths, when fully concessioned and operational, are simply amazing. The bandwagon and trickle down commercial benefits which each of these projects will deliver in their various locations, will transform these communities into throbbing and vibrant hubs not only for Agriculture, but indeed for small and medium scale business chains and entrepreneurial clusters, which will spring up and thrive all across the state.

“With the decision to concession these government-owned farms and Agric facilities, Wike has not only astounded his critics and detractors with his proactive pragmatism, he has once again displayed that extraordinary brilliance in project engagement and delivery, which has hallmarked his administration.

“The visionary astuteness of his administrative acumen, when fully delivered with the other legacy projects, will definitely put Rivers State ahead of its contending counterparts as a model trail blazer, especially in the transformational agenda of embracing Agriculture, not only as the veritable tool in delivering enduring sustainable progress and development, but also in increased youth employment and collective economic growth.

“The global importance of Agriculture in providing a viable and practical alternative for diversification, against the backdrop of the diminishing resource and influence of oil and gas, which was glaringly exposed with the outbreak of the global Covid-19 pandemic, with the dramatic crash in oil prices, has further revalidated the excellent post-modern decision of concessioning the Rivers State government owned assets for greater utilization and value maximisation and no set of government owned facilities could be more viable and attractive to potential investors at a challenging time like we are faced with now, than the listed farms and Agricultural projects.

“Rivers State and especially Rivers youths are indeed lucky to have a visionary, forward looking and futuristic thinker like Governor Nyesom Ezenwo Wike at the helm of affairs in the state at this time.”