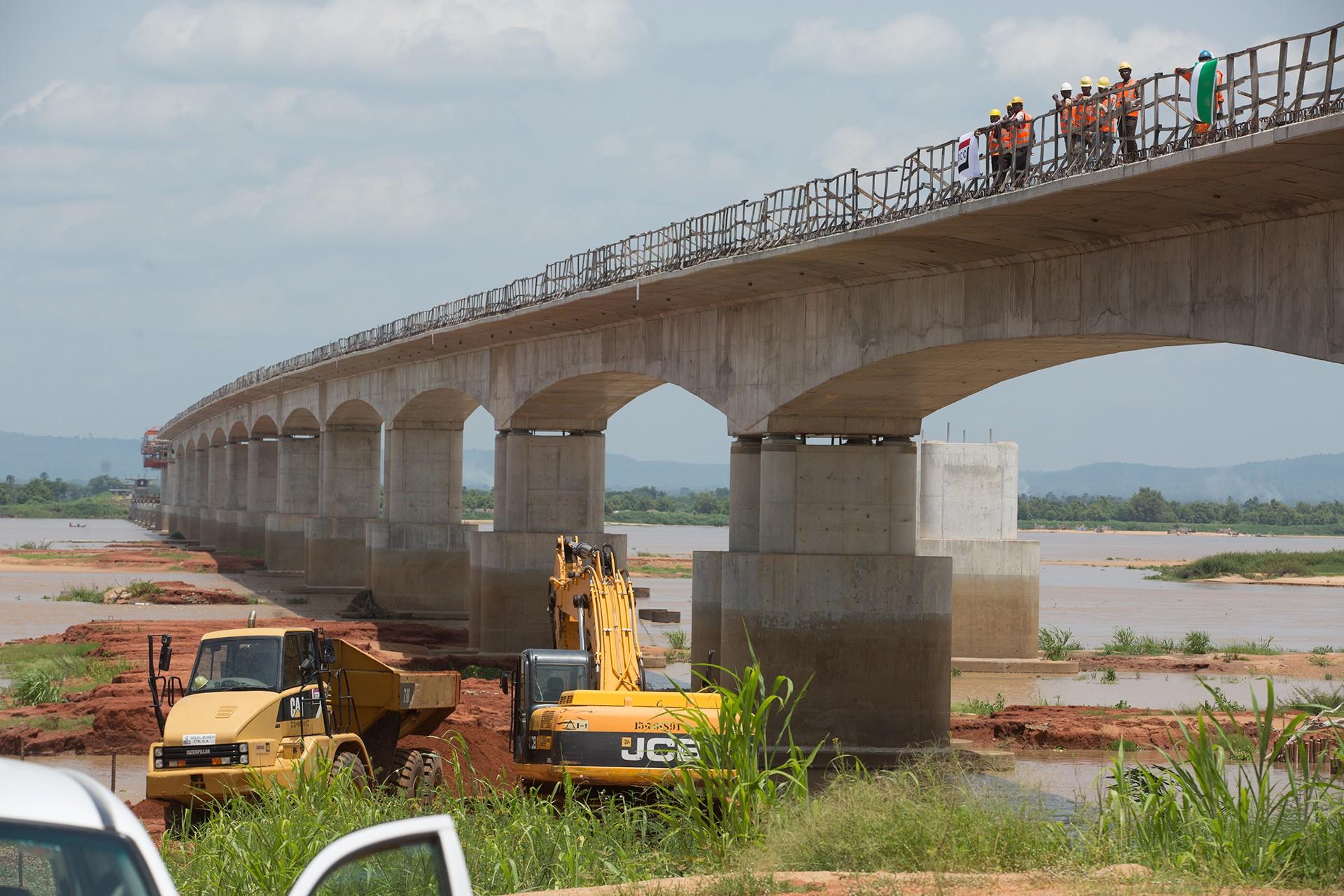 Media reports during the week indicated that amount of sleaze involved in handling the constrictions of the Second Niger Bridge, the Lagos-Ibadan and the Abuja-Kaduna-Zaria-Kano road projects suggests that they may not be completed and commissioned by the President Muhammadu Buhari administration. The House of Representatives Committee on Works led by Abubakar Kabir, an APC-Kano representative said this last Thursday. The engineering construction contractor handling the second Niger Bridge project among others, Julius Berger Nigeria, had said that the earliest date for the completion of the project is February 2022.

However, legislators accused the company of submitting doctored documents claiming work done on the projects. They also described the construction company as incapable of handling the three projects and suggested that the road projects be split and shared to other companies to guarantee speedy completion.

For a long time, I have been involved in a running battle with various supporters of the current government over that bridge, and thus when Alhaji Kabir made this declaration, I felt a momentary rush of pleasure. But that rush is self-defeating. Nigeria needs that bridge and many others, and it doesn’t matter who builds it. The 2nd Niger Bridge, the Kaduna-Abuja Road, and the first section of the Lagos-Ibadan road were awarded for ₦206 billion, ₦155 billion, and ₦134 billion respectively. At the time of the contract awards, the dollar value of those contracts were $1.04 billion, $779 million, and $673 million respectively. These are amounts that Nigeria is finding it hard to pay.

The question we should be asking is why, beyond the politics, is Nigeria finding it so difficult to finance basic infrastructure?

About a month ago, the works minister, Tunde Fashola, said that the FG had concluded plans to concession 10 major highways in the country. While presenting details of the project to the National Assembly Joint Committee on Works, Fashola said the project titled, “Highway Development and Management Initiative”, is anchored on private sector engagement and that the investors would carry out the development and management of the road networks. The rationale behind the private sector engagement, according to Fashola, is to provide an avenue to mitigate the paucity of funds, which had hindered road development in the past.

Given Nigeria’s mounting debts, the plan to concession major highways is desperately needed to meet the country’s infrastructure needs. The humongous loans taken by the Buhari government are still a drop in the bucket compared to what’s needed to meet demand – an annual investment of $15 billion, or about half of Nigeria’s current budget, for infrastructure alone.

Nigeria does not have this money, and given our rather wasteful record, cannot easily borrow the money. Investors are, quite rightly, concerned about Nigeria’s debt profile. But there are two other problems that require political will before we can unlock investor funding.

First, our government’s attitude to agreements.

Consider the controversy that dogged a similar concession with respect to the Lagos-Ibadan expressway which was first concessioned to a local firm, Bi-Courtney, in 2003, and then revoked nine years later, after numerous court orders stopped it. It will be very important that the government keeps to agreements it will sign with concessionaires after the Senate approves and the Infrastructure Concession and Regulatory Commission (ICRC), finds willing partners. If done properly, it will provide an excellent model for driving private capital into infrastructure, reducing pressure on the government to increase debt commitments for the same purposes while meeting the demand for excellent infrastructure.

Second, the law of the land.

Nigeria has two things, one called the Land Use Act, and the other called the Exclusive Legislative list. Between the two of them is a toxic brew for our ability to attract capital. The Land Use Act was the primary product of an effort by the regime of General Olusegun Obasanjo to solve the twin problem of a sharp rise in land disputes caused by a tumultuous decade and a half of instability – including the Civil War as well as the problematic transition of ownership rights in Nigeria from a customary, traditional to English concepts of possession and occupation. The model adopted for solving the problem was to create a coherent land acquisition and disposal mechanism by centralising property ownership in the state governor.

As with many good intentioned measures, the participation of government in the management of a critical national issue has led to bloat, corruption, inefficiency and in some critical cases, outright mismanagement, ensuring that land transactions are notoriously difficult to complete, The Executive Legislative List is essentially a legally sanctioned power grab that perpetuates decades-long inefficiencies in our political system. Rolling back these legal stumbling blocks will require some tough political decisions. The pathway to getting basic things as infrastructure right lies in enacting those reforms.