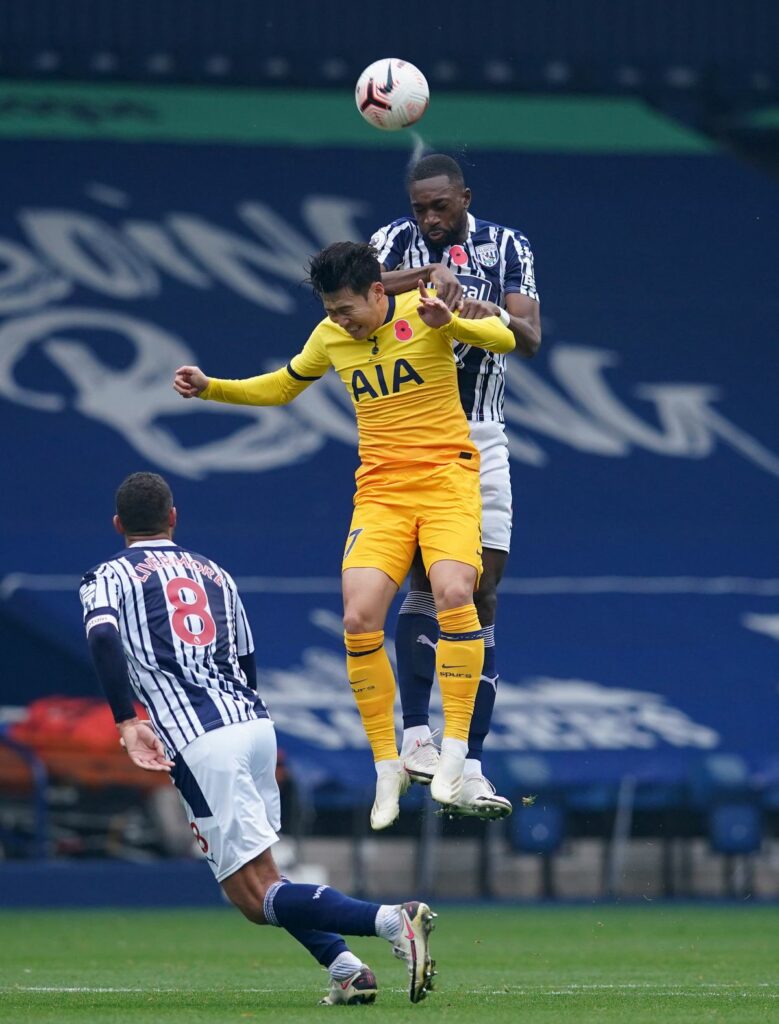 Super Eagles defender Semi Ajayi produced a solid display for West Brom in their narrow 0-1 defeat to Tottenham in the English Premier League.

West Brom seemed to be heading for a precious draw, after holding Jose Mourinho’s men for most of the match, but the baggies were hard done by an 88th-minute strike from Harry Kane.

Despite being on the losing end, Ajayi produced a solid display that contributed to the Baggies conceding a lone goal against a potent Spurs attack, who have scored the 19 goals this season, only second to Chelsea on the goalscoring chart.

The 26-year-old centre-back notably made a superb block to deny Son a clear attempt on goal in the 13th minute, going on to win 66.6 per cent of the duels involved in, making 4 interceptions and 11 recoveries in 90 minutes.

Some Baggies fans took to Twitter to shower praises on Ajayi for his standout performance in a West Brom team that has struggled to perform this season after gaining promotion to the Premier League.

Here are some reactions:

Regardless of the amount of goals shipped in, I’d argue Semi Ajayi has been our best player so far this season..
Continues to improve, and if deployed by us or someone else would be a brilliant defensive midfield player…

Semi Ajayi was absolutely solid today. Our best defender by far. Blocked absolutely everything and made some very crucial tackles. Solid. #wba

No cleansheet today but you should be proud of yourself @SemiAjayi

Semi Ajayi really deserves this MOTM. Lord please take the wheel from him in this last 15.

Semi Ajayi is a proper defender. His special awareness is so good

With the international break coming up next, Semi Ajayi is expected to feature for Nigeria against Sierra Leone in their AFCON group stage qualifier, with boss Rohr hinting that the defender could continue in his defensive midfield role for Nigeria.