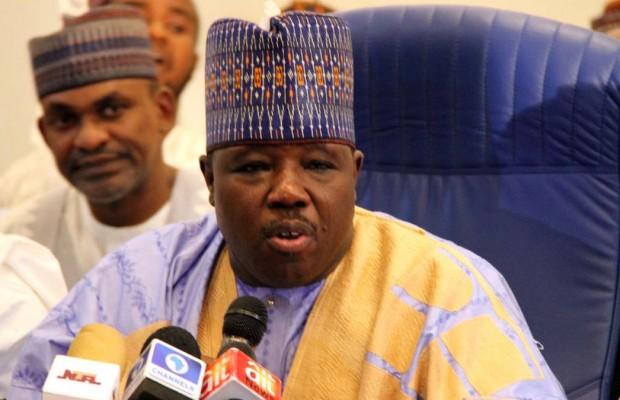 The former Governor of Borno State, Ali Modu-Sheriff has earnestly began lobby for the position of the All Progressives Congress (APC).

This is as Sheriff Thursday paid a surprise visit to APC National Secretariat after a long time since he returned to the ruling party.

Sheriff who was driven in a black G-wagon however declined to speak to journalists on his mission to the APC headquarters.

The Borno born politician spent less than 15 minutes in one of the offices of the caretaker committee members before he left the premises of the party secretariat.

It was gathered that the former Senator who served as Borno State Governor for two consecutive terms between 2003 -2011 is already reaching out to critical stakeholders of the party from the north to actualise the ambition.

Sheriff, a founding member of the APC joined the opposition PDP where on the 16th of February 2016 and emerged the Acting National Chairman of the party, before his eventual return to the APC fold after he was ousted from the seat on court orders.