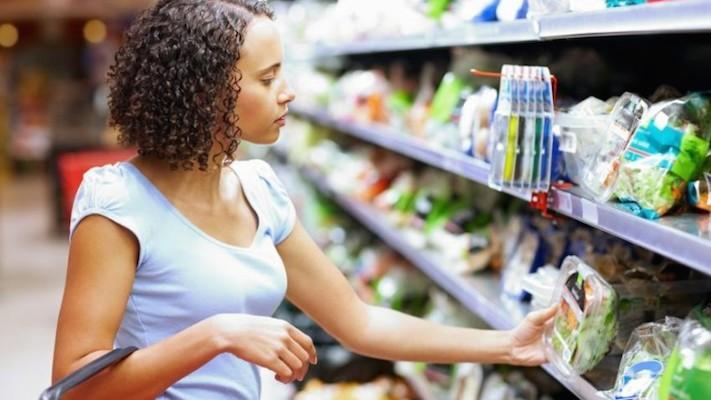 Nigerian consumers are seeking cheaper alternatives in the face of stubborn inflation that has lowered their purchasing power, casting a pall on the immediate outlook for producers of premium products.

At 13.22 percent in August 2020, the steady march of inflation means spending on discretionary purchases will be limited and when necessary.

Abiodun Keripe, head of research at Afrinvest Limited, noted that people might impose even more drastic budget cuts and purchase brands that are lower than value given the need to ration and live within their means.

Ridwan Muhammed, a Lagos-based consumer, said that he started using unbranded groundnut oil because he could no longer afford a branded due to higher price.

Also, another consumer noted that she had changed her toothpaste because of rising prices of superior products.

“I changed my toothpaste brand because of changes in price. It sells at N600 today, but I have switched to a brand that goes at N300-N350. Besides, they serve the same function,” Sade Alabi, a hair stylist, said.

Analysts expect consumers to remain price-sensitive and continue trading down to cheaper and unbranded alternatives where possible.

The inflationary pressure could squeeze the revenue and profit performances of listed Fast-moving consumer goods (FMCGs) space who are simultaneously face higher costs and lower demand caused by COVID-19 and slowing economy. A review of the 2020 half year financial performance of leading players in the consumer goods sector was largely underwhelming.

“As things stand, we expect this will negatively impact revenue of consumer companies with very elastic product portfolios and presence of higher premium products in their product mix,” Ayorinde Akinloye, a consumer analyst at CSL Stockbrokers, said.

Earlier in September, the Federal government had removed subsidy on petrol, and increased electricity prices across Nigeria, with the retail price of petrol increasing 10 percent to about N160 per litre.

The transition to a service-reflective regime in which electricity tariff will be consumption-based for customers enjoying grid supply for at least 12 hours each day, is expected to exacerbate inflationary pressures for the rest of the year.

The effects on households are already telling, no thanks to drop in income levels due to the effects of Covid-19.

“I have not been paid since June. And for my family to survive, we had to cut down on our expenses to the barest minimum.” Ayodele Shittu, a lecturer in one of Nigerian public universities, told BusinessDay.

Shittu further said he has reduced the quantity of loaves of bread and snacks he buys every day for the children.

For consumer goods makers, especially those offering goods on the higher end of the market, sales are expected to drop.

“I think it will be a tough one for premium brands producers as it would put more pressure on their sales revenue,” Damilola Adewale, a Lagos-based economic analyst, said.

Industry players in the consumer goods sector have been facing myriads of challenges from fragile economic growth and unfavourable protectionist policies of government such as border closure, foreign exchange restriction for food imports and 7.5 increments in Value Added Tax, analysts say.

Around 82.9 million Nigerians are extremely poor, constituting 40.1 percent of the total population with real per capita expenditures below N137, 430 in 2019, according to the National Bureau of Statistics (NBS)’s Poverty and Inequality report in May 2020. The World Bank predicted that there would be 95.7 million Nigerians living below the poverty line by 2022.

The present negative growth recorded in the second quarter of 2020 shows that the economy is in critical dire straits as it is confronted with three critical macroeconomic issues (soaring unemployment, rising consumer prices and economic downturn).

“To reverse the trend, policies to grow the economy and put money in the hands of Nigerians are a must. The country must address issues of unemployment now at 27.1 percent and at the same time ensure policy costs do not exceed benefits to households and businesses,” Adewale advised.