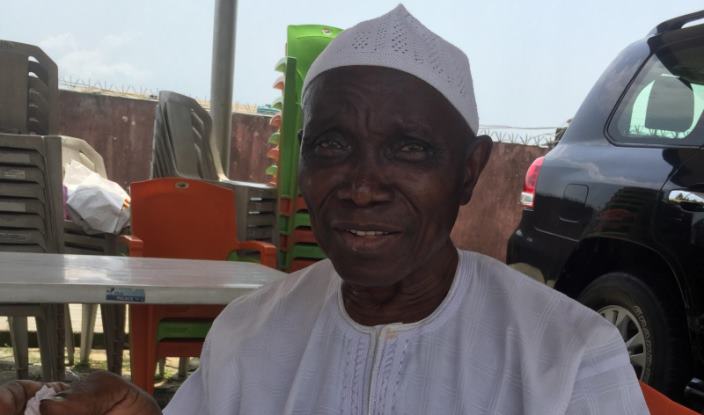 Biodun Ogunleye is a former deputy governor of Lagos State in the Bola Tinubu-led administration. In this exclusive interview with INIOBONG IWOK, he speaks on the nation’s 60th independence and what Nigeria must do to avoid disintegration, among several other issues. Excerpts:

What is your take on Nigeria’s 60th independence anniversary?

There has been some progress in the country, but we have been slow in certain things. When you look at the size of the country and the resources, this is not what we expected. Well, we should thank God that we are still together at 60. The tendency for dividing forces is there.

But some of our peers that started together have now gone far ahead of us?

Yes Malaysia came here to take our oil palm fruit and they have made money from it, but our own is diminishing. We abandoned agriculture and went for oil, it is a big problem. Right now Nigeria is not settled.

Some observers say that the economy is in bad shape, compared to 2015; do you think so?

Well, before Jonathan came we used to go to petrol stations to fight for fuel, we know how it was, even electricity is improving, I am not using generators like before, it is better than before. But it is not what it should be and what we should have, because there are some areas that do not have light. Our electricity, fuel is cheaper than other surrounding countries, they took theirs to sell and that is why they are fighting now. Though the cost of living may be up, poverty is up, it is the leadership problem. I am an APC man; certain things have to be corrected before you can move up. We were not moving well, things have improved, and you can’t eat your cake and have it, there are many things that would be put in place before the nation can move up. One of those things is restructuring of the country; yes they are saying the truth, as I sit down here I am in support of restructuring Nigeria. People have complained that the President is making appointments from certain parts of the country. They are not allowing restructuring; that is why I worry. Our Kaduna State Governor headed a committee on restructuring that submitted its report to the party over two years now, nothing has been done. I am convinced that it was the way forward. That is why even some South-eastern people, even Yorubas are calling for secession of the country. This is dangerous, but it is because ills and injustices continued to be perpetrated; then you are calling for the disbandment of the country. Look at the unity schools, there is a certain percentage for some parts of the country and different numbers for others. You are favouring one part of the country for another, rather than look for a way of encouraging others; you are sowing the seed of division.

The President and some Northern leaders are not in support of restructuring Nigeria?

Some of my friends who are not politicians have been calling me to say; go and tell your colleagues let everybody go their separate ways. If Banji Akintoye is talking, he is speaking the mind of us. My family Doctor is from Niger Delta, he told me the other day; Yorubas are the one holding us together, the day you are gone the country is gone. Those who say we should not restructure are saying so for their selfish interest. Mandela once said, let us support Nigeria’s development, so that the black man can raise his head. I don’t know if our leaders know that.

How do you react when some people say 2023 would be the deciding year for Nigeria?

Look at the protesters. Why should you wait for some people to be on the street before you correct what is wrong? What the SARS men are doing is wrong. The police officers are posted to areas where they don’t understand the language at all; even the governors are not in charge of the police. What we are saying is that the President has too much power, which is why everybody is running to Abuja to take from the top. The Northerners and the President are making a big mistake on their continued opposition to restructuring of Nigeria; you cannot determine the rights of certain people or rule them by force. Look at the Soviet Union they broke up and today they are still having border issues. Look at the railway to Niger Republic project; they have been asking me why? Even when people here cannot move freely, I was in London during the Covid-19 lockdown and I saw all the Amajiris in the North and the challenge they are facing on television. They should decentralise this function and give more autonomy to the states and local government areas, then there would be competition. They said about 90 percent of the oil blocks are owned by the Northerners and yet they don’t have oil.

But the party leadership should be advising the president, or what would you tell him if you see him?

I don’t know; I can’t see him; he does not consult the party. Things have changed now; they don’t consult the party anymore, or take it important unlike when Jakande was in power. Back then, every Sunday the leadership of the party would meet with the governor and council of cabinet, board members, LG chairmen and secretaries they would discuss anything that is the problem in the state. Right now, that has to be replicated across the country. I can’t imagine what has happened, the party is not being taken seriously, but you can’t control the will of the people if they decide to take their destiny into their own hands.

Do you really believe in the power shift in 2023?

I don’t really believe in that because it does not give good people the opportunity to rule. I can only buy that view where there are injustices. Zoning to me does not produce the best. Even when Awolowo was around, the party leaders would say, it is between three people and everybody knows that some people must be ready to make sacrifices.

You don’t believe there are injustices in the way the presidency has been rotated among the major ethnic groups in Nigeria?

What it means is that we don’t have parties, because if we do, the structure would be there; if one is leaving another candidate would be taking over. Look at the former APC chairman, the crisis; you called Ize-Iyamu a thief and you brought him again to contest. I have a cousin who told me some days before the election that we were going to lose and it came to pass.

But Bola Tinubu supported him?

He has his reasons for doing that, but some of us were looking far. Somebody who is right-thinking would not believe him; there has to be a way for the party to re-examine and re-examine itself when there are issues.

Are you surprised APC won in Ondo?

I was scared we would lose, considering what has happened there in APC, except for some friends who told me we would win and I said ok. The party still has to work collectively.

The APC has not been able to resolve its crisis with the Fouad Oki faction in Lagos, are you aware of this?

I did not know they would have another congress in Lagos State. Oki knows me and I know him, there is no time that he has complained to me that he has grouses to settle with the party. He has been in positions in the party given to him; I don’t know what he is doing this for. If he is fighting for the party to be run properly, let them come and tell us.

They are against the imposition of candidates on the party in Lagos?

They should not be saying that the system started from all of them, I don’t want to mention names, but they were part of the people advising Bola Tinubu then. By the time they were put into positions they were not the best. So, they cannot be talking. For me, whatever happens in my party if I leave, I stay in my house.

You were one of the leaders in the state who met a former commissioner who resigned recently from APC. Is this not also a sign of discontent in Lagos APC?

There is no time that you have a party that there would not be disagreement; it is the way you managed it. When they tell you Action Group, it is not as if there were no issues, it was the ability to manage them. That is why we talk about mechanisms to manage crises. When we had a crisis in Lagos it was Ajasin that used to come to Owo to solve our problems. Some people said; don’t let us allow Ajasin to be coming from Owo to solve our problems all the time, let resolve them; by that time Awolowo was gone, but Ajasin said the crisis is normal. But by settlement we have achieved, but these days any trouble is in the paper. We advised him to return to the party; that the issues would be looked into, that is the party and he returned. So, when you are talking of Oki, when we started he was there. A friend was part of the executive and I asked them why. I have not seen Oki for two years now; he does not talk much, but is very intelligent. If he has grievances he should come to us.