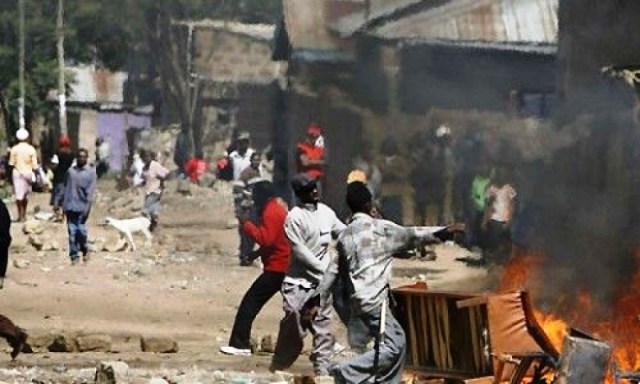 The Mutual Union of Tiv in the United Kingdom (MUTUK) has expressed deep worry over the renewed endless violence, killings, bloodbath, acts of arson and wanton destructions of properties between the warring communities of Jukun and Tiv especially in the Southern senatorial district of Taraba State.

President of MUTUK, Kohol Shadrach Iornem, in a statement on behalf of the Management Committee of MUTUK, urged all parties in the crisis to sheathe their swords and allow peace to reign as, according to him, there can be no development in an atmosphere of rancour.

He described as regrettable the unfortunate conflagrations that have spiralled into the border communities of Taraba and Benue States.

The statement which was signed by MUTUK’s Publicity Secretary, Salome Biam, and made available to BusinessDay added that the union found it extremely difficult to understand why the interventions of both Governors Samuel Ortom and Dairus Ishaku of Benue and Taraba States, traditional and religious leaders as well as other political leaders have also failed to calm frayed nerves in the crisis.

The Taraba State governor had on Friday inaugurated a commission of enquiry to look into the remote and immediate courses of the crisis.

The commission which has a retired judge of the Supreme Court of Nigeria, Justice Kumai Aka’ahs, as chairman began sitting two hours after inauguration with a promise that all parties involved will be treated fairly.

MUTUK also wondered why despite several interventions by security agencies, including the Nigerian Army, the crisis had continued unabated.

“We consider it an unreasonable response to these pleas by these warring actors. We are not only astounded at this reality, but the further shameful confirmation that over a year of violence, killings, bloodbath, displacements of hundreds of thousands of people, dislocation of social life and the damaging of economic treasures for a people who are basically agrarian farmers are potent existential threats now and in the nearest future.

“Let us clearly state in very unambiguous terms that nowhere has violence and bloodletting, rather than dialogue has resolved any dispute. It is not our intention to blame any group of persons or community for the reprehensible conflict. But we desire to appeal to all warring factions to sheathe their swords and embrace peace for the sake of humanity, posterity and God.

“We are aware that development and prosperity do not thrive where there is no peace. Our brothers and sisters must realize and court the wisdom to live in peace and harmony and consciously work towards it to bring development to our people and communities,” the union said.

MUTUK, while appreciating the interventions of leaders at all levels to end the crisis, also pleaded with the Federal Government of Nigeria under the leadership of President Muhammadu Buhari, and the governors of Taraba and Benue States to redouble their efforts by urgently using the powers of government at their disposal to bring an end to the killings and destructions.

“May we again, remind Government at all levels that the first and uncompromisable duty of any responsible government is to protect lives and property of the citizens. Therefore, Government and indeed, all concerned leaders must not relent until peace and security is achieved in the troubled Taraba Southern Senatorial district and environs.

“MUTUK believes that whatever must have caused the crisis is not a problem beyond all stakeholders of both groups to resolve amicably and peacefully on the dialogue table. Whilst we pray Almighty God to touch the heart of everyone to drop arms, we pray for the repose of beloved ones who have lost their lives in the bloody skirmishes. May their families be consoled,” the statement read.