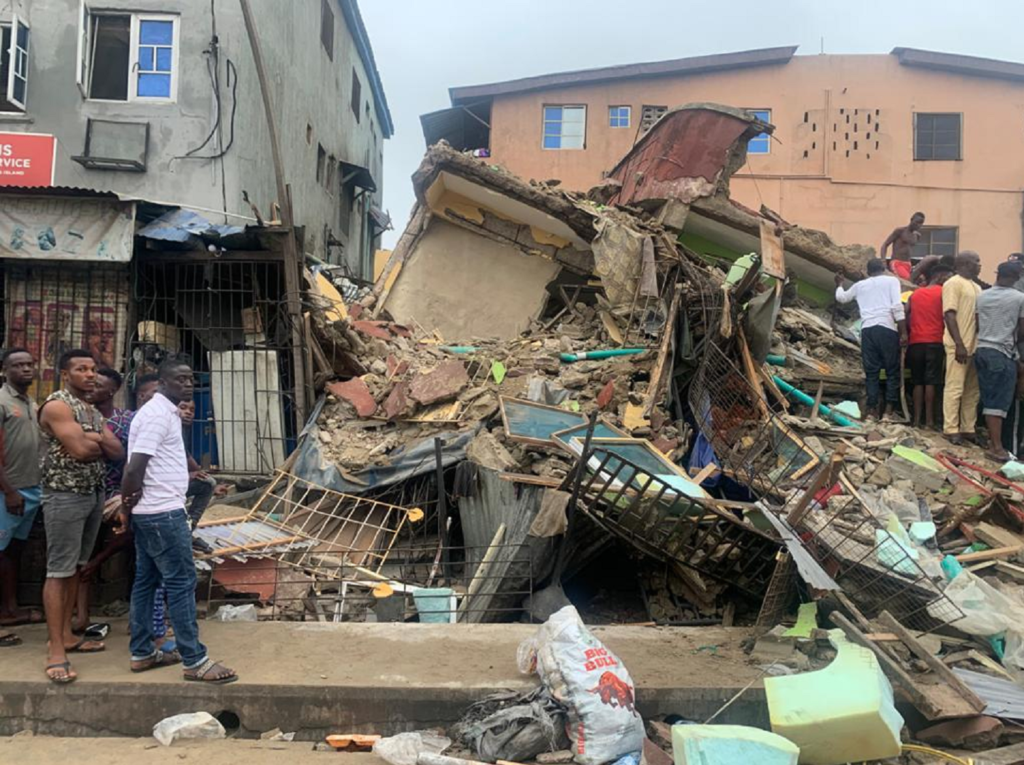 One person was confirmed dead while six others were rescued alive, weekend, underneath the rubbles of a three-storey building which collapsed on Freeman Street, Lagos Island, Lagos State.

The incident occurred at about 4.05 am as the building was said to have suffered total collapse leaving its occupants trapped as they were fast asleep due.

The immediate neighbours of the victims were said to have alerted emergency responders about the incident but on arrival, the first victim to be recovered was a male child who could not withstand the situation and was pronounced dead.

However, six other occupants of the building were rescued alive and medical treatment was administered on them by Lagos State Ambulance Services (LASSMBUS), while the casualty was deposited at a morgue.

As at the time of filing this report, search and rescue operation was ongoing at the scene, thanks to Lagos State Emergency Management Agency (LASEMA), Lagos State Ministry of Physical Planning, Nigeria Police and other relevant agencies.

LASEMA Director-General Dr Olufemi Oke-Osanyintolu has confirmed the incident saying investigations will be conducted to unravel the cause of the incident.