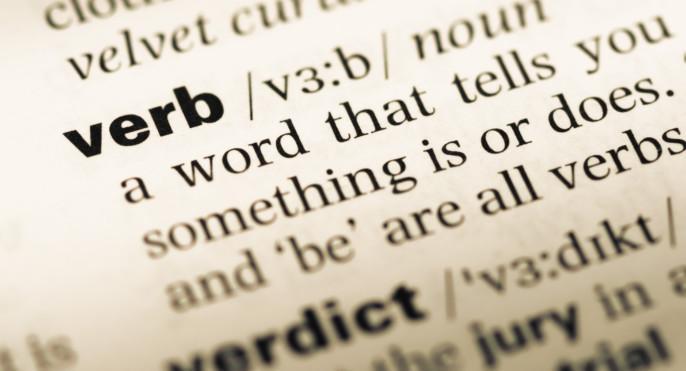 Despite being a closed-system word class that does not admit new words into its fold, prepositions, which are words used to connect or show the relationship between nouns/pronouns and other words, can be arguably described as the most problematic part of speech to master by both native and second language users of English. On the heels of this standpoint, this article will deliver commentaries on some of the widespread errors associated with the use of prepositions, in three categories. In other words, I shall rigorously discuss inappropriately used prepositions, incorrectly inserted prepositions and wrongly omitted prepositions.

First off, there are considerable instances of inappropriately used prepositions. On this account, the vast readership should be mindful of the fact that the use of certain prepositions is idiomatic in nature. Consequent upon the aforementioned, such usages are unalterable and invariably unquestionable. For instance, to intentionally cease to be involved with something or someone is to wash one’s hands OF somebody/something; not wash one’s hands OFF somebody/something. In a similar vein, when peoples’ predictions, postulates, verdicts and the like are inaccurate, they are aptly regarded as wide OF the mark; not wide OFF the mark.

Not only that, I reasonably presume that you will not frown ON these new grammatical discoveries. At this juncture, it is incumbent upon me to apprise zealous learners that there is a discernible difference between “frown on/upon” and “frown at” and, as such, they shouldn’t be engaged arbitrarily. For clarity’s sake, frown AT is deployed to portray a furious, serious or apprehensive countenance. Frown ON/UPON, on the other hand, is used to express displeasure or voice condemnation. Thus, “James frowned ‘at’ his dog for leaving his bedroom in a shamble,” while “Dr GAB frowns ‘on/upon’ inexcusable grammatical gaffes.” That said, with an unwavering resolve, you, too, can become an authority ON English grammar.

On this score, it is of paramount importance to note that one can be an authority ON — not IN — an area of competence. Astonishingly, however, the synonyms of authority, “expert” and “specialist,” are collocates with IN. Alternatively, thus, Dr GAB can be regarded as an expert/specialist IN English language. Such are the dynamics of prepositions that I must put you to the wise that things are cut IN half/two, and not INTO half/two, as often mentioned by the vast majority. Notwithstanding this, it is grammatically admissible to cut things INTO pieces, slices and crumbs. Accordingly, we cut a pineapple IN two but cut bread INTO slices. Besides, it is essential to clarify that, sometimes, quarrels result IN (not INTO) fisticuffs; some people dabble IN (not INTO) politics; and children gain admission TO (not INTO) educational institutions. Let me exercise my prerogative to round off this first segment by stating in express terms that you call people liars IN/WITHIN other people’s hearing, and not TO their hearing. Moreover, some people become instrumental IN other humans’ downfall; not TO their downfall.

Do you really covet this appreciable mastery of English grammar? If yes, then it is about time you buckled DOWN; not buckled UP. For specifics, to undertake a task with determination is to “buckle down,” while to fasten one’s seat belt is to “buckle up.”

Moving on, it is imperative to desist from adding prepositions to some transitive verbs. This is because, for the most part, transitive verbs are not succeeded by prepositions. In particular, to ask for something is to “demand” it, and not “demand for” it. In addition, “Tinuke ‘orders’ (not ‘orders for’) pizza every other day,” while “Senator Patrick has ‘contested’ (not ‘contested for’) the election twice.” Likewise, it behoves you to “request” things, and not “request for” them. Other classic examples of such transitive verbs are “source” (not “source for”); leverage, consolidate, stress and emphasise (not “leverage on/consolidate on/stress on/emphasise on”); “voice” (not “voice out”) and “heed” (not “heed to”). It is, nevertheless, worthy of note that when some of these words are deployed as nouns, they can admit prepositions.

Such nouns include “demand,” “request,” “order,” “contest,” and “emphasis.” That being the case, you can make a “demand (noun) for” or a “request (noun) for” something. Similarly, I could say: “Who placed an ‘order (noun) for’ a taxi?” “He lays ’emphasis (noun) on’ adopting a healthy lifestyle” and “The ‘contest (noun) for’ the most beautiful girl is in the offing.” On top of all that, some phrasal verbs can be contextually right in some circumstances and wrong in other situations. For instance, to physically walk into a building is to “enter” the place, and not to “enter into” same. In striking contrast, one can “enter into” an agreement, a contract, an alliance, negotiations, a dialogue, disputes, a transaction, a treaty, partnership, a pact or correspondence with another individual or organisation.

It is pertinent to equally throw the spotlight on a few instances of erroneous omission of prepositions in English usage. Everyone who cares about standard English should note that we “dispose of” things that we do not need, and not just “dispose” them. Equally, don’t forget to infuse the preposition TO, whenever you enlist the verbs “enable” and “allow” into expressions. That is: “Getting an excellent education will enable you ‘to’ interact brilliantly with your counterparts.” Mark you, I didn’t write: “…will enable you interact…” Furthermore, “My father didn’t allow me ‘to’ visit my friends;” not “…allow me visit…”

Last but not least, take cognisance of the fact that “comprise” should be used without “of” in the active form, as in, “Nigeria ‘comprises’ (not ‘comprises of’) 774 LGAs.” By comparison, when comprise is used in the passive (the verb “be” plus “comprised”), it can admit “of.” As such, it is grammatically spot on to say, “My establishment is (the verb ‘be’) ‘comprised of’ six parts.” The rule, here, is that something “comprises” other things or something “is comprised of” other things. Meanwhile, the verb “consist” always collocates with “of,” and doesn’t exist in the passive form. Hence, say, “My family ‘consists of’ nine people.” Don’t say, “My family ‘is consisted of’ nine people.”