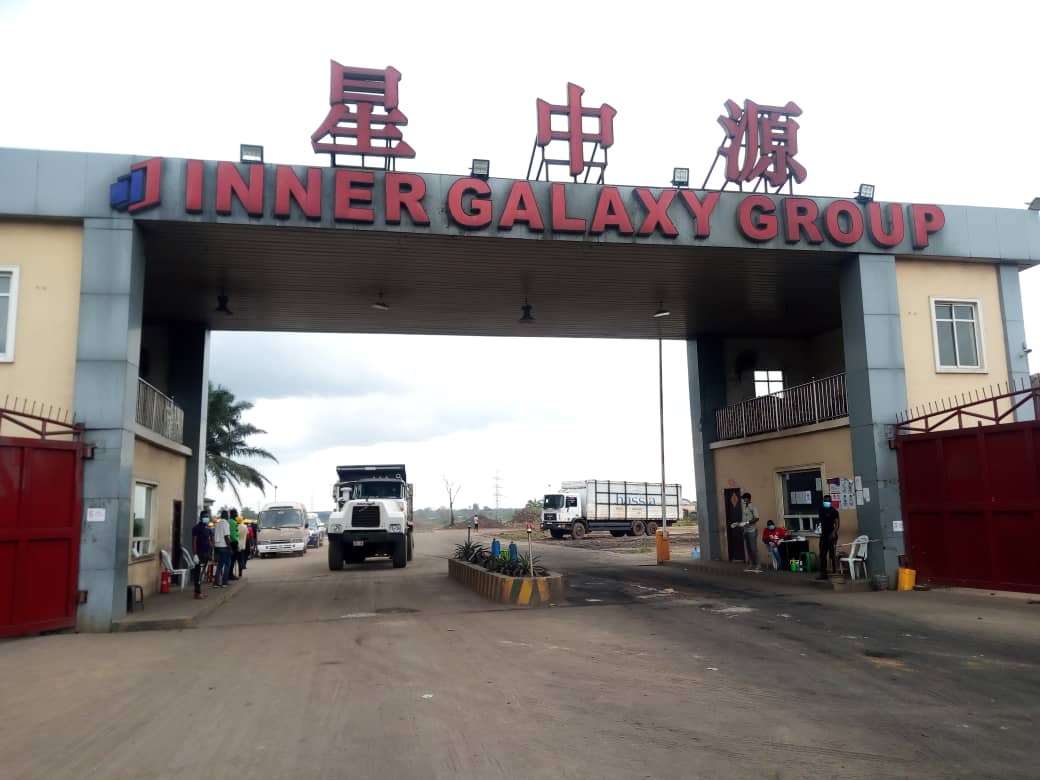 The management of Inner Galaxy Steel Company Limited, a steel manufacturing firm, has refuted allegations that it runs a modern-day slave camp in its facility in Umuahala, Obuzor Asa, in Ukwa West Local Government (LGA) of Abia State.

Andy Lu, group managing director of the firm, refuted the allegation on Thursday, August 20, 2020, while addressing journalists on a fact-finding mission to the factory.

Lu, who expressed surprise at the allegation by those he described as faceless, stated that the firm decided to invest in Nigeria to contribute to industrial development of the country and not to dehumanise Nigerians.

“Our first mill was set up in Lagos, about 12 years ago. Our Abia steel factory is our second in Nigeria and I have been working here for over five years. Nigeria is like my second home after China. My life is connected with this country and I don’t see how I will be overseeing a slave camp in a country that I call my own.

“We had options of setting up this factory in Rivers, Enugu or Abia, but we settled for Abia, for some reasons. The community is friendly and supportive, so, for all these years, we have been developing this area and today you can see many industries coming up and that is why we are surprised at the negative report,” he said.

He said as Chinese, they do more and speak less, but that time has come for them to speak out and let the public know what is going on.

He appealed to the visiting journalists to investigate the report and reveal the truth to the public.

“When you see our investment here, you will know that we are committed to the development of Nigeria. Year 2020 is not a good year, because of the spread of COVID-19. And Nigeria suffered greatly too, because so many people lost their jobs.

“And for us in Inner Galaxy, it was a difficult situation to protect our staff and remain in business, we decided to retain them inside, as well as their services, so that they can earn money to provide for their families.

“So, we decided to implement some safety protocols in the company. And we asked staff to chose whether to continue production or to go back home. And for those, who decided to go home, we promised to keep their jobs for them until when they are ready to resume.

“However, we paid them N15,000 allowance and for staff, who decided to work, apart from their salaries and allowances, we still gave them some additional incentives of N20,000 to N30,000 to further motivate them to give their best. So, we are not happy with the news out there, it is negative and false,” he stated.

Chijioke Eze, manager, Human Resource, Inner Galaxy Steel Company Limited, explained that the firm is staff-friendly, noting that the welfare of staff is paramount to the company.

“We don’t joke with welfare of staff and nobody will like to work in an environment where his/her welfare is not taken care of. We pay annual leave allowance; organise recreational activities for staff, like going on picnics and organizing sporting competitions among different departments. We encourage sporting activities in the firm and that is why the management provided a football pitch and basketball court for staff,” Eze said.

“During the lockdown, we made sure that our workers who agreed to stay within the premises were taken care of. We provided all their needs. We even provided television sets in the hostels and subscribed pay television for their comfort. The accommodation is also topnotch. Apart from the staff hostel, which is sited close to the main gate, management has also completed three new hostels to accommodate more staff, who have accommodation challenge,” he said.

On the allegation that the Chinese, owners of the company, harass and abuse the local staff sexually as well as dehumanise them, Eze said there was nothing of such happening.

“I am in charge of human resource, if there is anything like that, I would have informed you. We have procedures to follow if such a case arises. We have information boxes positioned in different locations in the factory for people who have complaints but don’t want to be identified by management and we protect them,” Eze said.

“We investigate such matters and whoever is found culpable, whether an expatriate or a Nigerian is made to face disciplinary action,” he stated.

Cynthia Nwabueze, the firm’s public relations officer, said the management of Inner Galaxy is doing its best to ensure that all staff are well taken care of.

“You cannot please everybody. I have been working with this company for over three years now. During the coronavirus lockdown, we were accommodated in the premises. I live in Port Harcourt, Rivers State, and so when the state government shut the land borders, it affected production because most of us who live in Rivers State were shut out.

“So, we suggested to management to provide temporary accommodation for us to ensure that production does not suffer. And they obliged us and provided accommodation. And it was not compulsory, though. Those that agreed stayed within the premises, throughout that period of lockdown and we were well treated,” Nwabueze said.

She explained that the relationship between the staff and management is cordial.

“As an individual, I’m satisfied with what I am getting from the management. At the beginning of the lockdown, we were paid N10,000 allowance, on the second phase of the lockdown, they increased our allowance by 100 percent and later to N30,000. And this is aside our salaries. And this amount was paid to every staff, both junior and senior staff of the company,” she said.

She also described as false the allegation that some Chinese expatriates infected some local staff with COVID-19.

“There was no such thing,” she said.

Nnamdi Ahaaiwe, legal adviser to Inner Galaxy, who condemned the negative publication, urged Nigerians to ignore the negative claim of the faceless, nameless persons, whom he observed were paid to do a hatchet job of blackmailing and de-marketing the company.

He further observed that the carefully calibrated and scripted outcry is for the company to be “shut down”, which according to him is not in the interest of staff, Abia State and Nigeria, as a whole.

He explained that the owners of the company brought in substantial funds, to establish, what he claimed to be arguably the biggest factory/plant in the entire South- East region, providing direct and indirect employment to hundreds of Nigerians.

“Inner Galaxy has been positively aggressive in its corporate social responsibility (CSR) obligations, to their host community with whom they live in peace and tranquillity.

“Covid-19 palliatives worth millions of naira, was shared to surrounding communities, during the crises of the pandemic in addition to regular interventions, which have been ongoing since the company started operations,” Ahaaiwe said.

He appealed to Nigerians to desist from acts that are inimical to the development of the country.

‘We want to use this opportunity to counsel our fellow citizens, that the virulent hatred currently being exhibited by some Nigerians against law-abiding Chinese nationals, engaged in genuine businesses and other activities, to the extent that they are ready to believe the very worst of allegations against our Chinese guests without seeking or obtaining evidence, should be deprecated and condemned by all well-meaning Nigerians.

“Just as all Nigerians are not 419ers, Yahoo-Yahoo or drug pushers, not all Chinese citizens should be labelled as criminals and viewed with suspicion. As blacks, we fight against tribalism, racism and apartheid.

“We implore our fellow citizens to always keep an open mind whenever allegations are made against anyone, including Chinese citizens, until the allegation is thoroughly investigated, interrogated and established conclusively,” he said.